Keith Haring was excited to hear what the public thought about his art and encouraged people to respond freely to his work and make up their own mind about its messages. One could easily imagine Haring today using Facebook or writing his own blog to speedily post new works for people to ‘like’ or comment on.

As exciting as it is to imagine Haring on social media, he actually spoke of being wary of the digital future. He outlined his concern in a journal entry from 1978:

“The silicon computer chip has become the new life form…Are we controlling computers, or are we merely helping them to control us? ..The major question is, though, are we going to be able to control the evolution of the computerized mind, or can it evolve and grow by itself? ... (These) are the questions that the artist of our times has to ask, because it is we who will have to lead the fight against a machine aesthetic or prepare people for it.”1 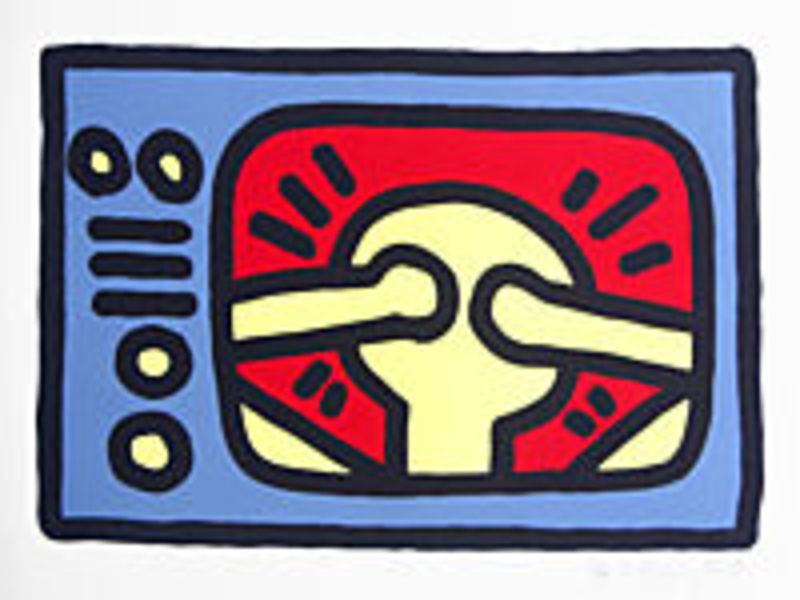 Haring was interested in politics and computers, and the philosophical detriment that a future led by these potentially controlling mechanisms could unleash on a populous unwilling or unable to think for itself. He was interested in the future and how the 'untrustworthy machines' he portrayed in his art would affect the human population. He loved people and ideas. He loved expression of the human soul and psyche, and was deeply concerned about the effect of the encroachment of the digital age on the human spirit.

In 1984, just three months after visiting Australia, Haring wrote about computers again in his journal:

“The problem facing modern man now…is compounded by the increasing power of technology and its misuse by those in power who only wish to control. The mentality of people who are motivated by profits at the expense of human needs is perfect for the computer. Computers are completely rational.”2 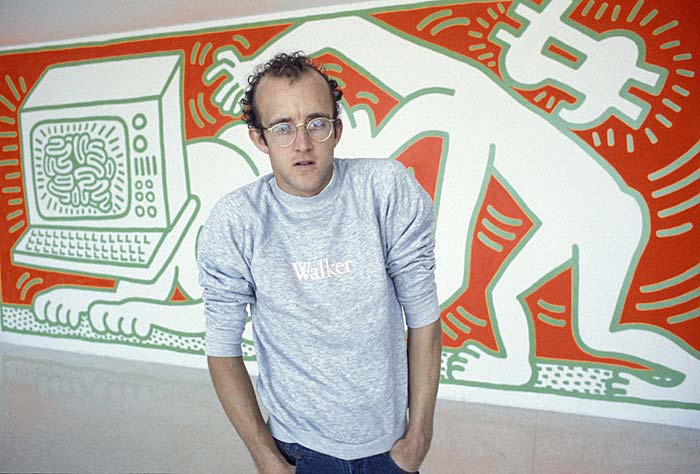