The Keith Haring Foundation was established by the artist prior to his death to sustain, expand and protect his legacy, art and ideals. Since the 1990s the Foundation has had an active presence in the online community, using a dedicated website, blog, Twitter, Tumblr and YouTube accounts to promote Haring’s work.

In the mid-1990s the Foundation also launched haringkids.com, a ‘kid-safe’ way for educators and parents to introduce Haring’s bold, artistic imagery to a younger generation through various learning mediums. Through this site, children of all ages are continuing to connect with the messages and concepts that Haring explored in his work.

Haring was interested in both the visibility and accessibility of his imagery. After deciding he would no longer put up chalk drawings in the New York subway system, he opened the Pop Shop in SoHo in 1986. A second Pop Shop also opened in Tokyo during 1988.

Haring said of the Pop Shop:

“Here’s the philosophy behind the Pop Shop: I wanted to continue this same sort of communication as with the subway drawings. I wanted to attract the same wide range of people…We sold the inflatable baby and the toy radio and a wide variety of T-shirts, because they’re like a wearable print—they’re art objects.”1

In 2005 the Pop Shop in SoHo closed. Since this time Pop Shop merchandise can be found at the online store Pop-Shop.com run by the non-profit Keith Haring Foundation. 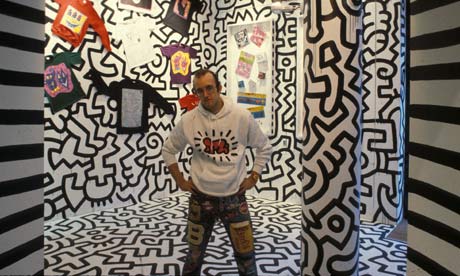 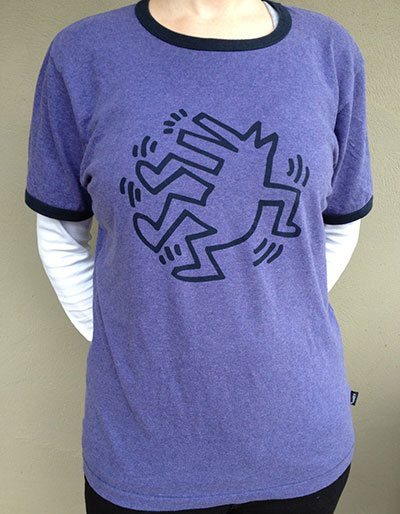